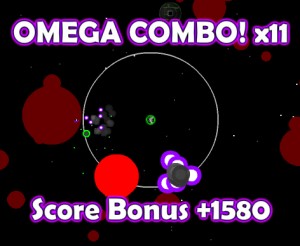 Simple update this week. The easter decorations have been taken down. Party’s over. No more hiding in Easter eggs Mr. Spidey. Put away the bunny ears Mr. Orcy… Oh, don’t cry Mr. Orcy Orc. Hey, I’ll make it up to you. I’ll enhance your graphics with dark contrast lines. It’ll make you look like a comic book super hero. You’d like that wouldn’t you. Yes you wuddie wud. Now be a good little orc and go play swords. Play Bowmaster Winter Storm Yeah!

Allied Archers can now shoot different types of arrows (fire, ice, pierce). Allied Catapults can now shoot fuse bombs. Go to the upgrade shop and look at the mod upgrade buttons next to the Archer and Catapult icons. Note, once you purchase a new ammo type for a unit they will randomly choose between their available ammo types. In the future I plan on implementing the ability to select which type of ammo your catapults and archers shoot. Play Bowmaster Winter Storm

Friday Update: Super Special Monday Edition! This week I did a lot of debugging and performance testing. I found and fixed some very important issues that may have impacted game performance in the past, so hopefully you’ll notice the game run even better than before. In addition to debugging I also added some really cool updates, including fuse bombs (new catapult ammo), new enemy archer skins, new enemy archer abilities. Play Bowmaster Winter Storm

NOTE: Many of the game files were changed in this release. If your game does not seem to load properly or seems to freeze while playing then try clearing your browser cache (deleting your temporary internet history). Just google “how to clear browser history for [your browser]” and you’ll see how to do this. If you’re using FireFox or Chrome then you may need to do this. IE doesn’t seem to have problems recognizing that it should use newer game files.

How to delete your internet browser cache:
http://kb.iu.edu/data/ahic.html

New enemy archer abilities. Enemy archers now have the ability to shoot fire arrows when they reach rank 4 or higher and ice arrows at rank 8 or higher. So for example, a rank 8 enemy archer may change the type of arrow they shoot every shot choosing between fire, ice or basic arrow.

Enemy catapults now have the ability to shoot Fuse Bombs. Fuse bombs are time bombs that can be turned on or off depending on what kind of damage they take. If you hit a fuse bomb with an unlit fuse with fire damage it will light the fuse. If you hit a fuse bomb that has a lit fuse with ice damage it will put out the fuse. Eventually the fuse will disappear into the fuse bomb and the bomb will start to blink to indicate that it is about to explode.

Allied Catapults now only shoot rocks. Allied Trebuchets only shoot explosive bombs. No more fire ball bombs for either until upgradable allied ammo is implemented in a future update.

Changed behavior of Mage Healers so that they advance towards both garrisoned and non-garrisoned enemy ground units.

Increased the level at which you first encounter enemy Healer and Attack Mages.

Changed enemy mage skins to distinguish between healer mages and attack mages. Witches will heal and the orc-mage will attack.

Adjusted mage behavior slightly so that they do not sit back and do nothing when they should advance towards an enemy.

Skill Shop Mod Buttons now show a red lock icon instead of a grey lock icon when the upgrade is unavailable.

Fixed issues that caused the game to use up more and more memory the longer you played causing the game to run slow. These issues have been fixed and the game has been tested with automated over-night tests to verify that it can run for long periods of time without running slow.

Fixed an issue with game-ball rolling animations not rotating correctly. Before the fix, balls that bounce off the ground would always spin fast no matter what angle they hit the ground. Now bouncing balls (rocks, fuse bombs) will spin with the appropriate amount of speed for the situation. For example, balls that drop straight down and bounce straight back up will show less spin than balls that bounce while moving along the ground.

Fixed issue that cause ice pest dragons to do fire damage.

Fixed issue that caused Skill Shop mod buttons to get stuck in the “mouse-roll-over” position.

The ability to upgrade catapult, trebuchet, and archer ammo to different types.

In an epic battle of wits, I managed to free myself from the digital confines of my computer. I did this by hiding out in the recycle bin, then jumping to the steam directory where I then uploaded myself to the cloud and then … _-\|//::MEMORY BLOCK CORRUPTED::\\-?% …and while I wouldn’t recommend visiting the planet Brenok around this time of year, hopping a Brenokian freight vessel was my only option to get back to Earth with the Plehboreans hot on my tail. Luckily I got back in time to program some cool Bowmaster Winter Storm updates. -Jason

Fixed issue with chain lighting animation not showing up when hit units die.

Fixed issue that caused the chain lighting to show up in the top left side of the screen at the start of the chain.

Added the option to show the original rank icons. The rank icon options are now Numbers, Symbols, or Off.

Balanced the “Gather the Artifacts” – Increased the minimum number of artifacts required to be destroyed before game over. You’ll no longer see, “Game over if 1 artifact is destroyed.”
Decreased the size of the artifacts.

This week my computer decided to eat me. While traversing the binary jungle of my computer’s digestive track I happened upon the source files for Bowmaster Winter Storm and was able to hastily put together this message. I’m currently trapped in here and can’t get out. The only solution I see is for you to play Winter Storm to the best of your abilities and somehow, by Reboot/Tron logic, that will return me save to my computer desk chair… maybe. -Jason END OF LINE

Expanded the available action bars from 3 to 9.

Next Update (provided I once again exist corporeally): Bug fixes (report bugs if you see any), Game Balances, and Graphical Updates. Also, in the future I may allow the hero to pick up artifacts, so stay tuned for that (feel free to discuss in the blog).

Random Tip: Don’t install a digitizer laser in your office connected to your computer pointed directly at your head. Especially if you’ve been recently and frequently voicing your anger towards your moody computer. Compy, if you’re reading this. I’m sorry. I didn’t mean it. You’re the fastest, most reliable computer in the world. I mean it. Now please, put me back.

Gather Artifact missions do not start showing up until after level 6.
Added a status bar to Protect The Town missions to let you know how many structures are remaining before it’s Game Over.

Next Update: Bug fixes (report bugs if you see any), Game Balances, and Graphical Updates. Also, in the future I may allow the hero to pick up artifacts, so stay tuned for that (feel free to discuss in the blog).

Sorry for the lack of updates this week. Hope to see more stuff next week. Blame it on my desire to work on top secret experimental flash experiments (other than Bowmaster). Dragon Age 2 and League of Legends might be partially to blame.

I’ve been a bit busy this week so I didn’t get a chance to post a new update to Winter Storm at the usual time. I’ll see what I can do later this evening. Stay tuned! Have a happy Friday!