What do you get when you divide a pumpkin’s circumference by its diameter?

In a high school Math class, the teacher asked us that question and I was the only one to raise a hand to answer. I’m guessing there were others who got the joke but didn’t want to sound like a complete dork by answering. I had no such reservations. 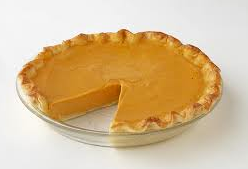 It’s Pi day so celebrate by playing the latest update to SpaceCraft! It’s like a good-for-you desert for your mind. So be creative and start building some more spaceships with all new parts!

One Response to Happy Pi Day!